I’ve always been a bit of a bookworm, and usually read at least one book a month. But during the summer I step it up a gear and get through stacks of book. By books I mean thriller books. During the year I spend lots of time reading fashion and history books for my University work so during summer it’s all about my favourite genre.

With the Girl on the Train selling 6.5 million copies worldwide, the thriller’s never been bigger.

Behind Closed Door by B.A. Paris 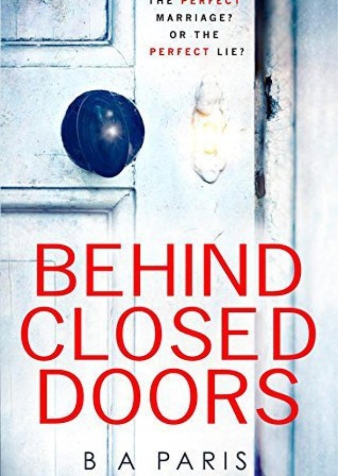 Everyone knows a couple like Jack and Grace. He has looks and wealth, she has charm and elegance. You might not want to like them, but you do.
You’d like to get to know Grace better.
But it’s difficult because you realise Jack and Grace are never apart.

Chilling and disturbingly brilliant, a story that will grip you right from the first chapter. This psychological thriller is a debut of B. A. Paris.

The Couple Next Door by Shari Lapena

In this incredibly composed, thought-provoking debut you will follow Anne and Marco Conti, who went to the dinner party next door and left their 6 months old daughter Cora alone in the house.
They’ve been checking on her every half an hour, but once they came home for good, they found her crib empty.

Detective Rasbach knows that the panicked couple is hiding something. Both Anne and Marco  soon discover that the other is keeping secrets, secrets they’ve kept for years.

Pregnant teen Lisa is kidnapped by sickos who want to sell her baby then bump her off. Poor girl, right? Well, kind of – she turns out to be a hyper-intelligent semi-sociopath who bides her time plotting audacious revenge.

Method 15/33 happens when the victim is just as cold as the captors.

As sleek and sharp as a razor, this is a must read for every thriller fan, particularly those who think they’ve seen it all.

Lie With Me by Sabine Durrant

Lecherous failed novelist Paul tags along on holiday to an idyllic Greek village with his new girlfriend Alice and her gang of friends. It turns out not to be the most relaxing break when he ends up accused of rape and murder.

From the author of Under Your Skin and Remember Me This Way, Sabine Durrant. The dazzling new must-read for all fans of The Girl on the Train, Gone Girl, and The Widow

Kill me Again by Rachel Abbot 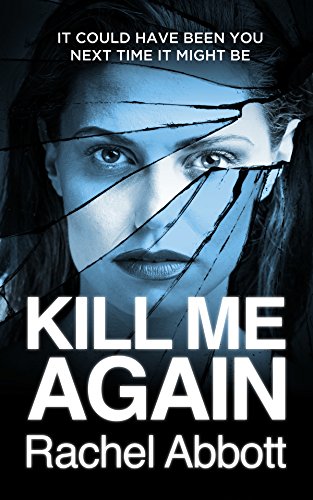 The fifth book from Rachel Abbot, equally gripping and intense.

When Maggie Taylor accepts a new job in Manchester, she is sure it is the right move for her family. The children have settled well although her husband, Duncan, doesn’t appear to be so convinced.

But nothing prepares her for the shock of coming home from work one night to find that Duncan has disappeared, leaving their children alone. His phone is dead, and she has no idea where he has gone.
When a woman who looks just like Maggie is brutally murdered and DCI Tom Douglas is brought in to investigate, Maggie realises how little she knows about Duncan’s past.